It is an honor to announce, GIN HUANG Gallery is going to present the latest artwork by our new representative Polish artist, Igor Dobrowolski.

GIN HUANG Gallery is pleased to present the latest artworks of Polish artist Igor Dobrowolski in the fall of 2020. Dobrowolski takes the long-term concern on social issues and humanitarianism, and makes this as the creative concept and the soul of creation. After years of experience on creating artworks, Dobrowolski has different feelings about this emotion and idea in his hearts."Re-Love", the first public solo exhibition in Asia,  showcases a series of new works featuring two series of creations, the oil painting and metal sculpture series, in 2020. Through different perspectives, visual effects and media, the two series make the content that the artist tries to convey through art more complete and comprehensive. The artwork  contains a broad horizons and the emotion of sincerely caring for the world. In this absurd world, Dobrowolski constantly attempts to use his artworks to convey and make viewers experience and “Re-Love” again.

The latest oil paintings “Indestructible” and “Freedom in You” use the classic colors as usual. Dobrowolski believes and keep essay to convey the belief through the work, even if we have nothing, believe the inner spirit and strength inside your heart can definitely help you overcome difficulties. The creation of oil paintings uses black and white realistic drawing skills, and the vision of multiple exposure brings different imagination. Both two visual effects make the artwork like a movie sense. Through the stacking of different images, the audience seems can truly feel the emotion and connotation which the protagonist in the painting is trying to talk. Igor’s realistic and monochrome artworks create a powerful visual impact that is mysterious and rich in emotions. According to documentary photographer Elliot Erwitt, “Color is descriptive. Black and white is interpretive.” Viewers are likely to focus on the subject matter and the emotional status better in black-and-white photos than in color ones as they pause longer to see colors with their imagination. The scripts, on the other hand, shown in Igor’s crafts can be perceived as an endless winding path in a dark wood, leading viewers to explore the inner world of the artist and to interpret the deeper feelings in a limited number of shades. One of the paintings among the Falling Leaves series is written: “Can you catch feelings in tears like fragrance in perfumes?” Because of the text, the viewers respond to the visual input not only with vision but also with other sensory systems in order to figure out the notes in a fragrance and the taste of tears. From the perspective of semiotic systems, the interplay between the words and the images in Igor’s art is highly complementary. The images build a compelling atmosphere and generate a great emotional intensity while the words articulate chronological storylines and inner conflicts. In other words, both words and images support each other’s meanings and eventually become an inseparable unity.

To share his close observation of humans and nature with a wider audience, Igor is going to have his Crooked Mirrors series exhibited at Gin Huang Gallery for the first time in September 2020. In this series, he applied metal and mixed media to create mirror-like crystals that look thick and solid. Their smooth and shiny surfaces give a display of splendor and reflect the handwriting carved inside as well as the objects moving outside. Each mirror is like the magical pond depicted in The Chronicles of Narnia, a portal that provides instant transportation to a devastated city or a fairyland. Apparently, Igor has changed the way people appreciate art by bringing his audience into the mirrors to take part in his creative process. Besides words and doodles, some nonfigurative reliefs and coarse 3D textures are spotted on the surfaces. These irregular grains seem to inherit the vein of Chinese calligraphy whose texture strokes can be fully understood only with a peaceful mind. Through continuous attention and action on social issues and humanitarianism, the artist Dobrowolski has developed a new series of works in 2020, using metal media and mirror treatment, carving on metal surfaces, and using mixed media and polyester which creates three-dimensional crystals. The sorrow and suffering in the past are sublimated into beautiful crystals. Through the characteristics of the metal and special treatment, the new series artwork is like the sun, shining brightly. The work is no longer just sorrow, but with a strong hope and power.

“It is very important for me to include, in all of my works a particle of hope, because I believe it’s going to be ‘better.’ Even after the greatest tragedies.” - Igor Dobrowolski

Year of 2020 will not be easy for such a many people in the world. However, as the artist keeps saying, the hope and love in your heart will make you invincible. Igor’s art invites the audience to slow down and read the conversations between its words and images, for they will be surprised to discover different voices in the streets, to feel the tenderness of nature. The artist tried to use his own unique expression, and through the mirror visual effects, to make the audience re-examine themselves. In the same times, through Dobrowolski’s magic art to catch sight of a spring garden in their everyday life, and take every audience to experience the world of "Re-Love". 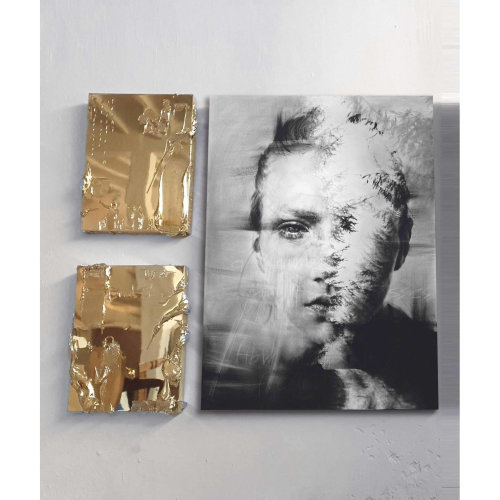 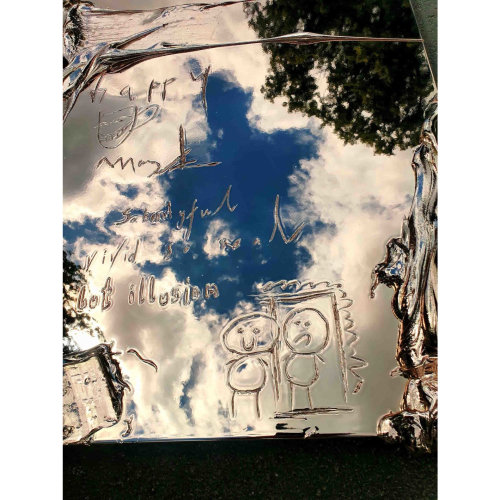 Details of Freedom in You
+View more 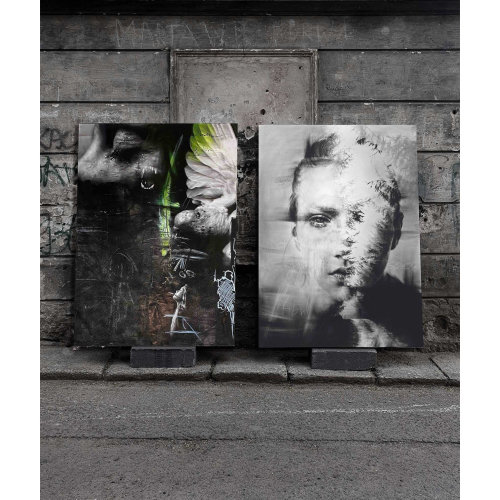 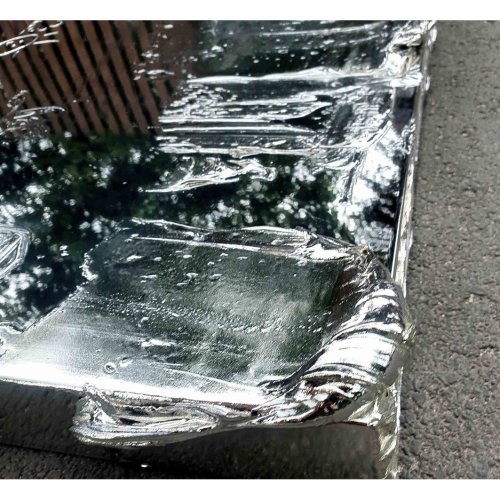 Detail of We Real 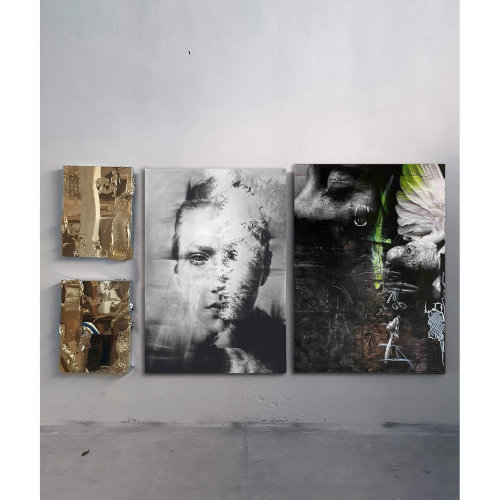 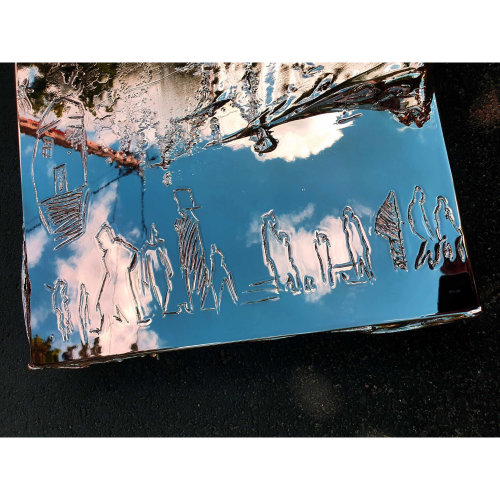 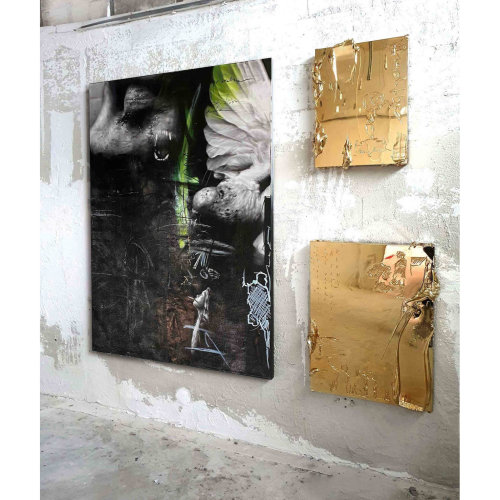 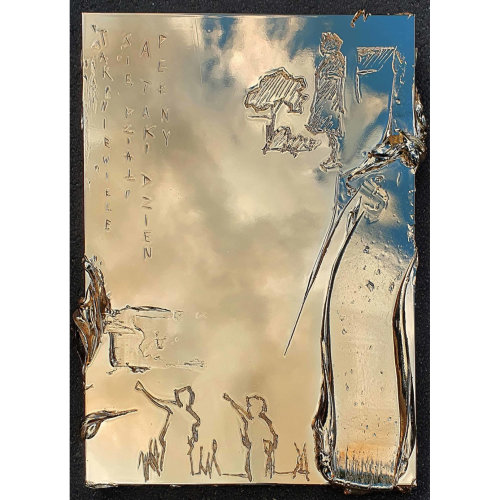 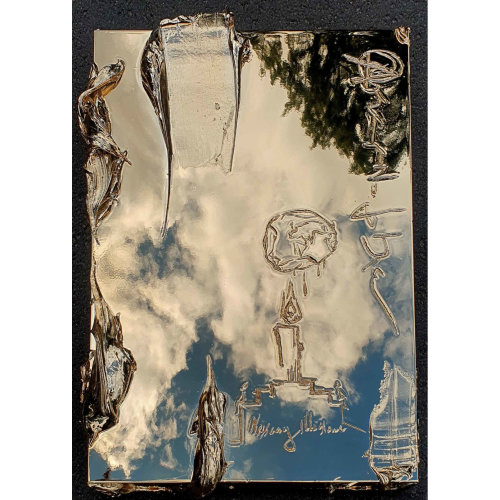 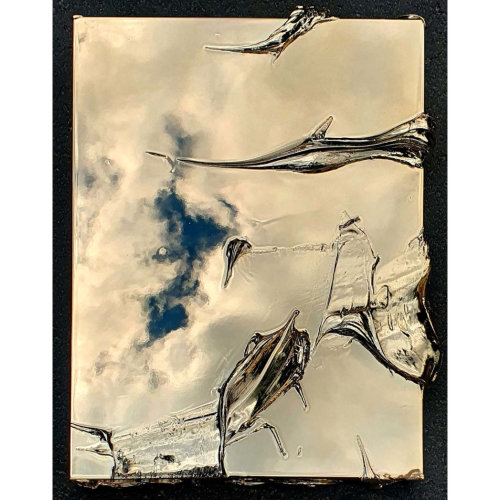